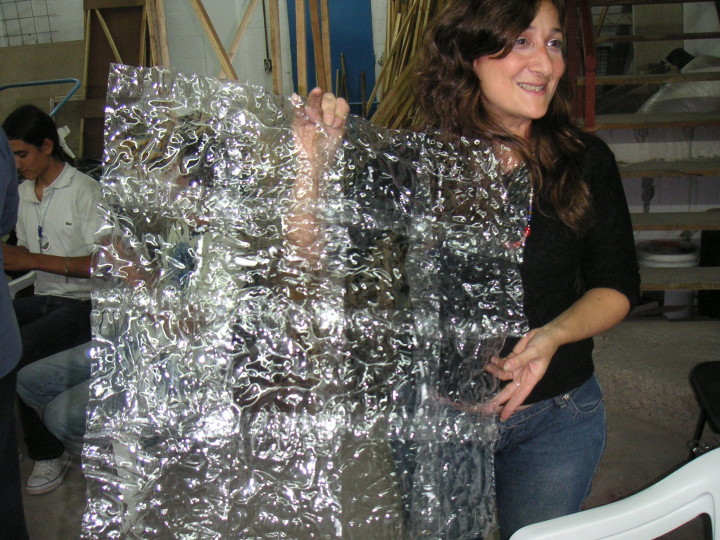 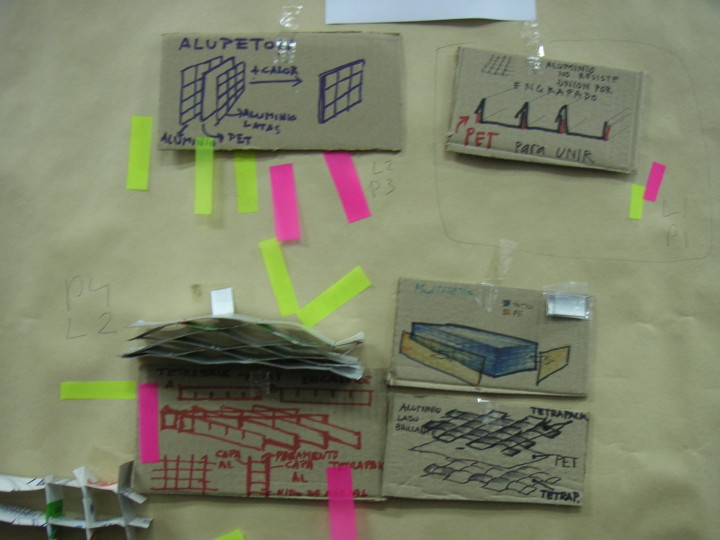 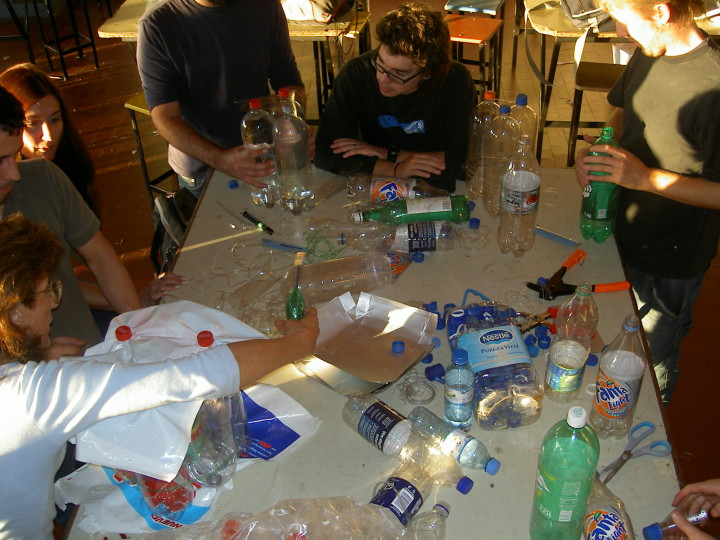 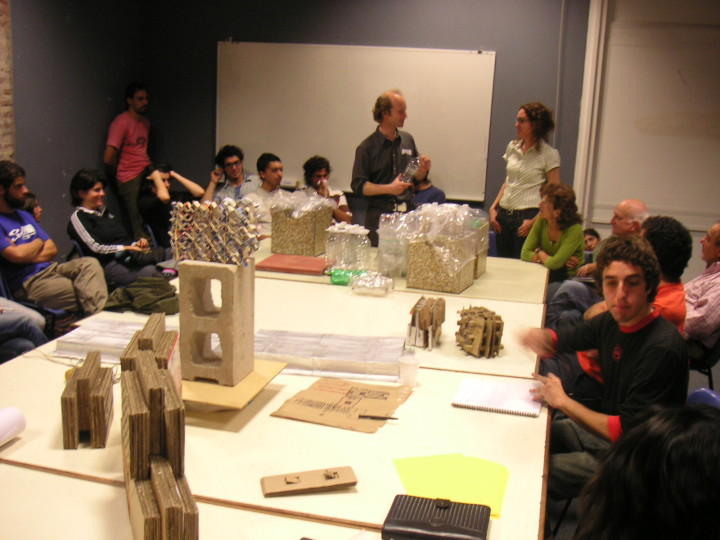 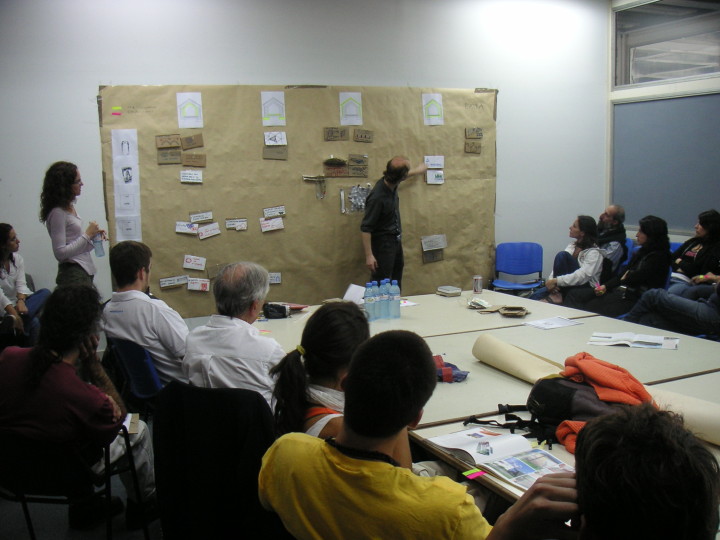 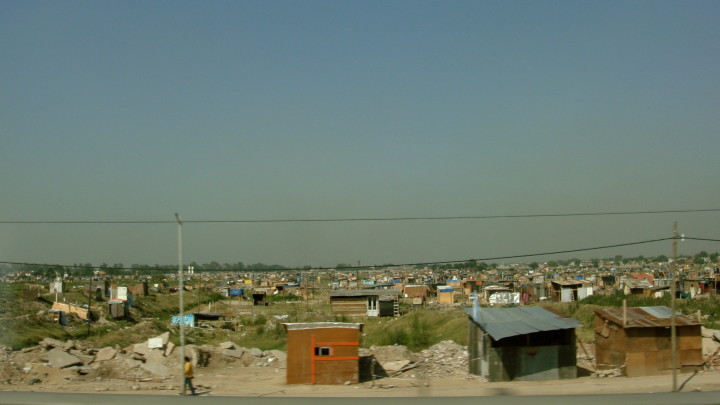 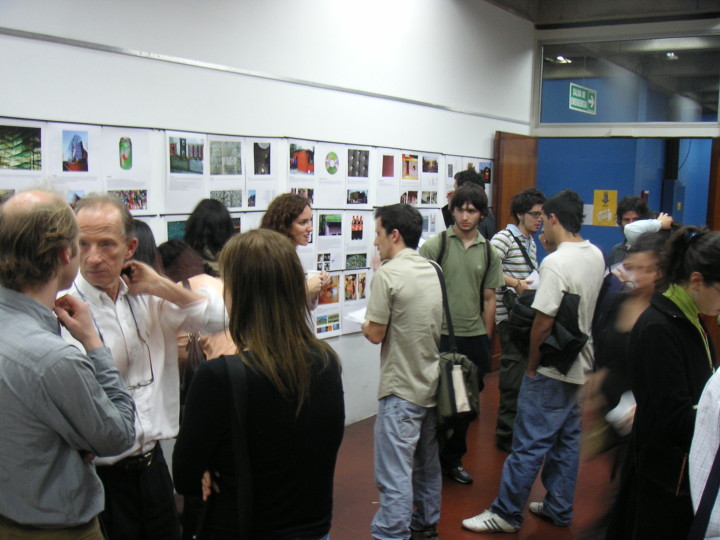 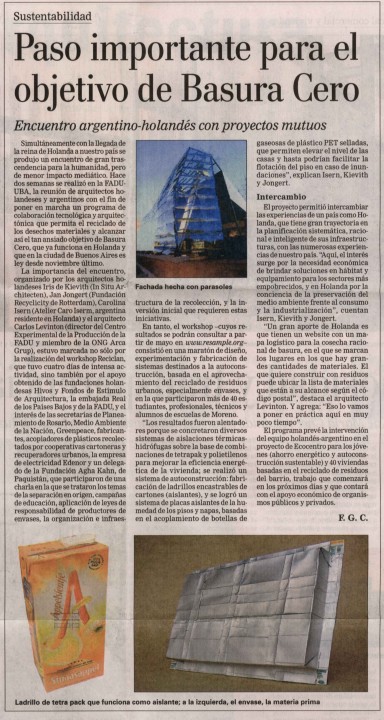 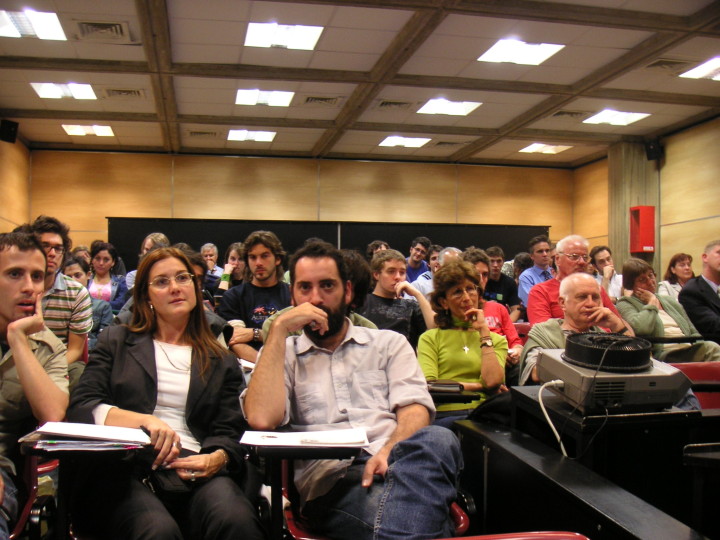 In the period 2006 – 2008 I worked on the initiative Resample. The project was a co-creation of architect Iris de Kievith and myself whereby we established an international cooperation between Dutch and Argentinean recycling specialists: architects, designers, social workers, scientists, NGO’s, private companies and government. Resample proposed the combination of experiences and possibilities of both countries to get solutions closer in the field of housing improvement, reusing waste material and energy saving.

Through a series of exchange activities working together with specialist form both countries, we researched and came up with solutions to be applied in Argentina to improve the housing conditions of some specific neighbourhoods.

In 2006, for example, Resample organised an international conference week in Buenos Aires, the workshop Reciclan that included lectures, (theoretical and practice) workshops, exhibitions, round tables and visits to local projects.

The conference week was a success according to all participants. Important results were:

– Establishment of an international (still in operation) network.

– In depth knowledge of added value of international cooperation.

– In depth knowledge of the local waste material cycles and main (housing) needs of the population.

– Development of several application of local waste materials (as building material) based on the local needs.

The project Resample ended in 2008 but the network continues. In May 2014 I established in cooperation with Pakhuis de Zwijger the Buenos Aires City Embassy which extends and revitalises this valuable international network, for future collaborations.

As a Dutch-Argentinean architect I initiated the project and found in Iris de Kievith a passionate co-creator to make the project a huge success. My role was the overall program management and the establishment of the Argentinean-Dutch network. Together with Iris de Kievith and Jan Jongert of Recyclicity foundation (Superuse studios) we designed the Dutch input for the conference week. The team was complemented in Argentina with Carlos Levinton from the CEP laboratory (experimental building systems) of the University of Buenos Aires, and with many assistants like Paula Callau (architecture student) that worked hard to make a success of this exchange project.

– Report of the project (in Dutch)

– Resample inspiring publication and exhibition we prepared for the exchange program about reuse of materials for building purposes.