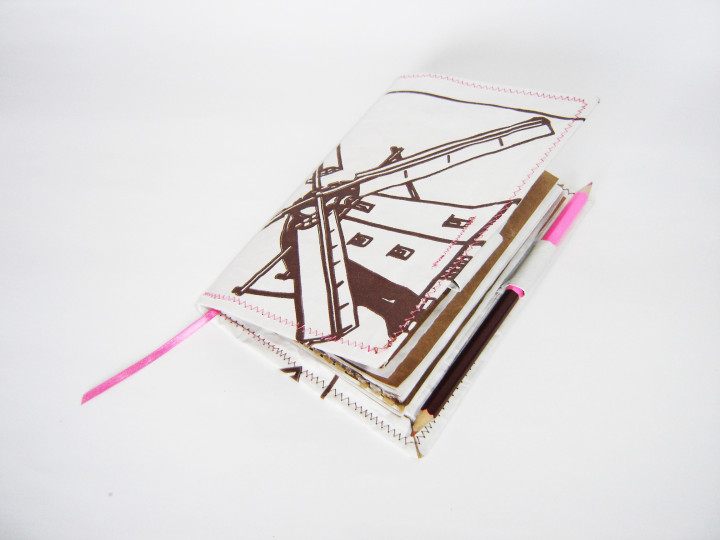 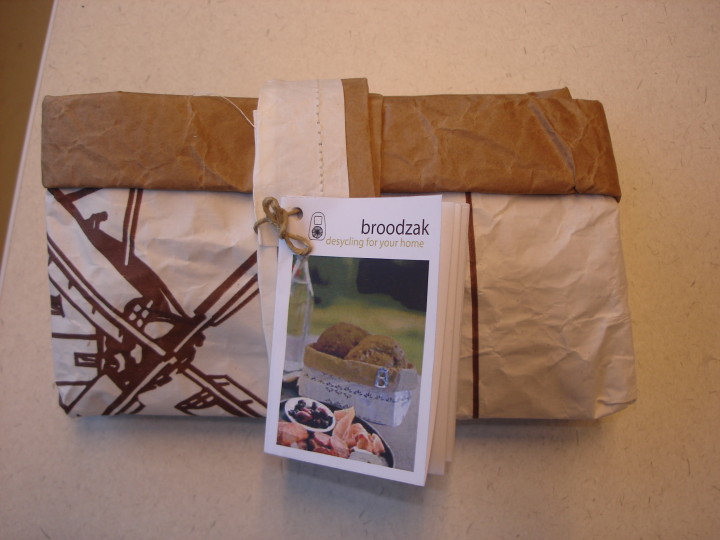 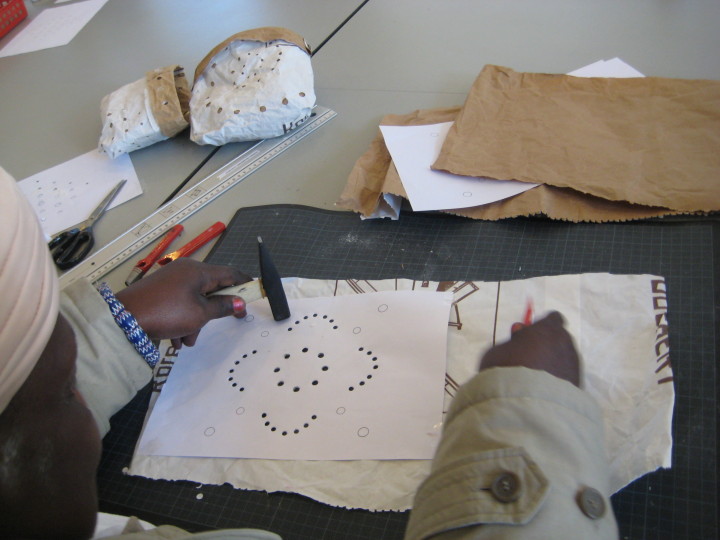 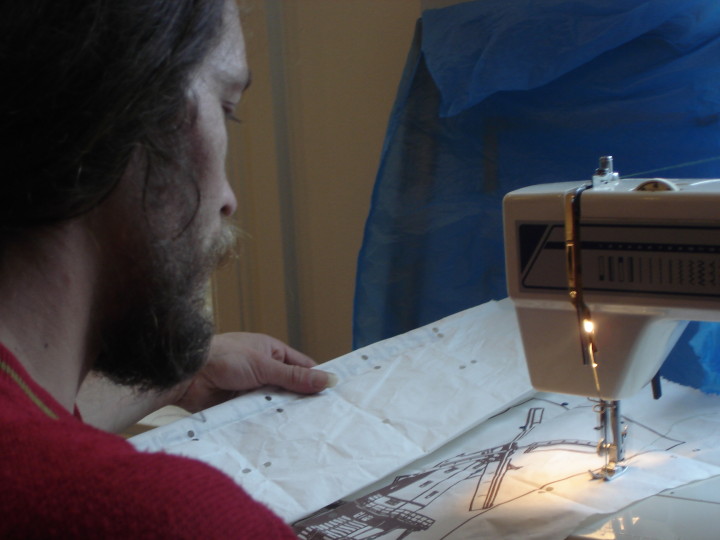 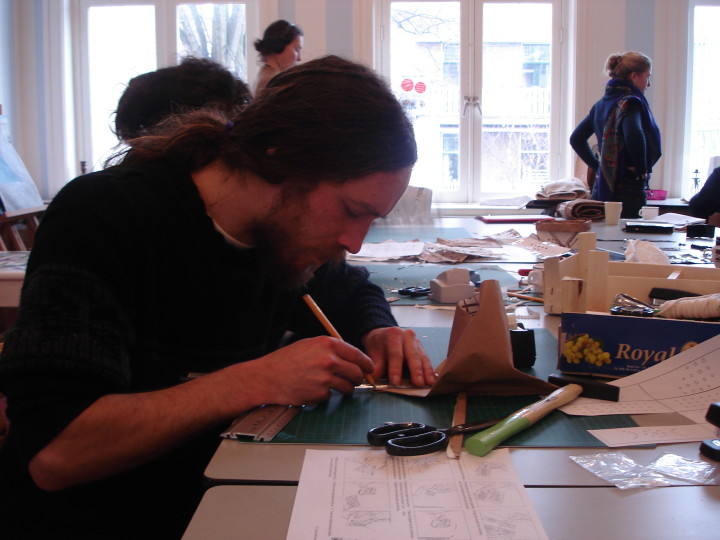 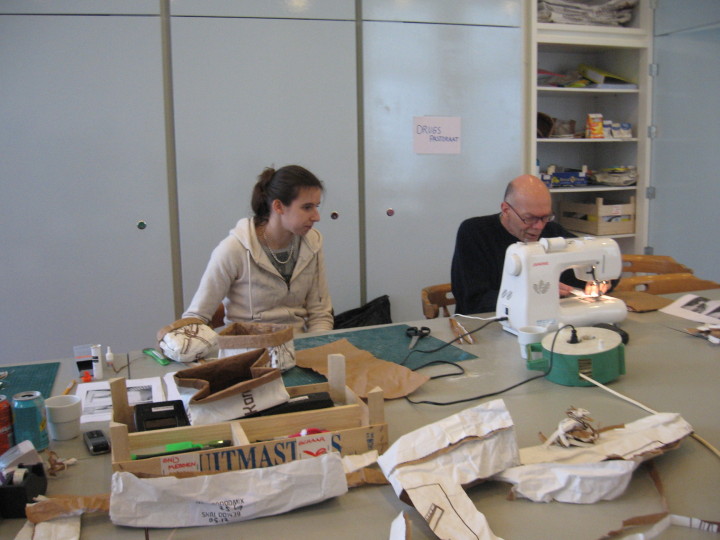 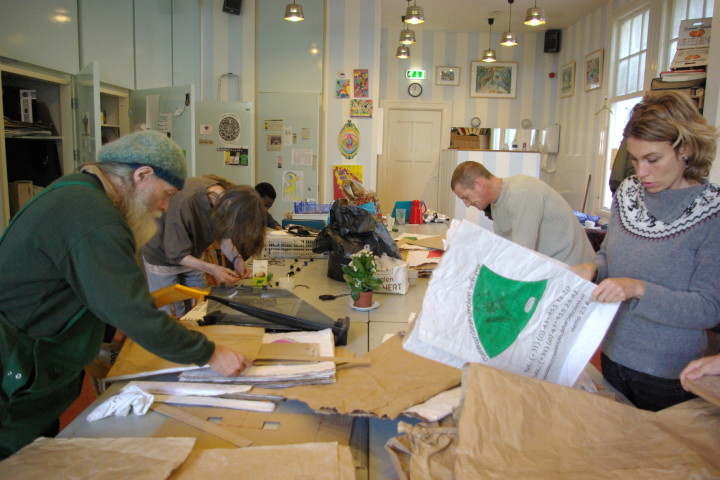 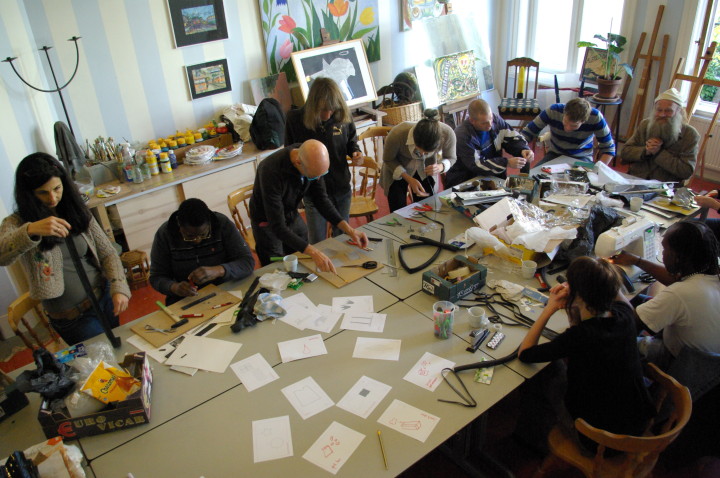 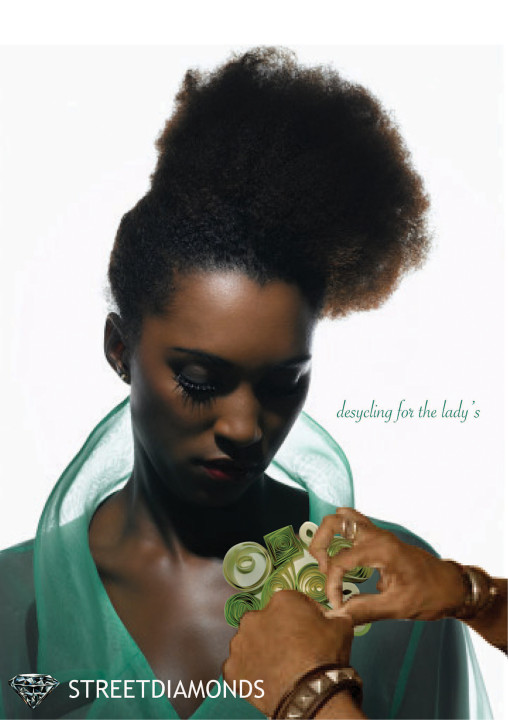 During my work at LSDP (from 2007-2012) I had the chance to develop and execute tens of projects per year related to social (and labor market) reintegration. We advised many social organisations and inspired them to think and act differently to achieve more cohesion and productiveness in their jobs. We set up production facilities where people designed sustainable products, in collaboration with local partners, in longer course projects. And we inspire many others social organisations by organising one or two times creative sessions on how to achieve more (production, collaboration) with the medium they already had.

Some good example of a long course project was the set up of the so called Desycling production facility for De Regenboog Groep.

We worked together with De Regenboog Groep from 2008 to 2011 on a pilot project where social and environmental issues were approached in an integrated way.

Because of the stigmatisation about homeless people within the city De Regenboog Groep asked us to develop a project that would give a fresh twist to stimulate the target group as well as positively influence the perception of the neighbours about the homeless shelter in their local area.

The result of this project is a design-production facility that operates 5 days per week where a group of homeless people from the city produce desycled products. The production is carried out in collaboration with local shops and organisations from the neighbourhood that provided their clean waste material, sell and promote their desycled products. These include paper notebooks desycled from flour sacks provided by the local bakeries and a line of jewellery desycled from coffee bean bags from the local coffee corners.

In the pictures you can see some of the Desycle Products that were designed and are produced in this facility.

This project delivered a closer and more comprehensive interaction between the shelter and the local neighbourhood. Knowledge was transferred (over sustainable design) from designers to workshop leaders and producers but also to the shops that delivered materials. They produced together 4 lines of design products during 3 years that were sold in local shops.

The project was financially possible made by de Regenboog Groep and the funding of Stichting Start Foundation, Instituut GAK and CIEEM.

My role in this project was strategy developer, general direction, stakeholders engagement. I worked together with a fantastic multidisciplinary group of high talented people, a.o. designer and business partner Gabriela Bustamante and young designers Belinda de Groot and Beatriz Fernandez Garcia that worked very hard making manuals and training the trainers. To know more about the team, the partners and the results check:

The report of the first part of the project (in Dutch)

The report in LSDP website (including some production manuals)

The blog of the project (in Dutch)