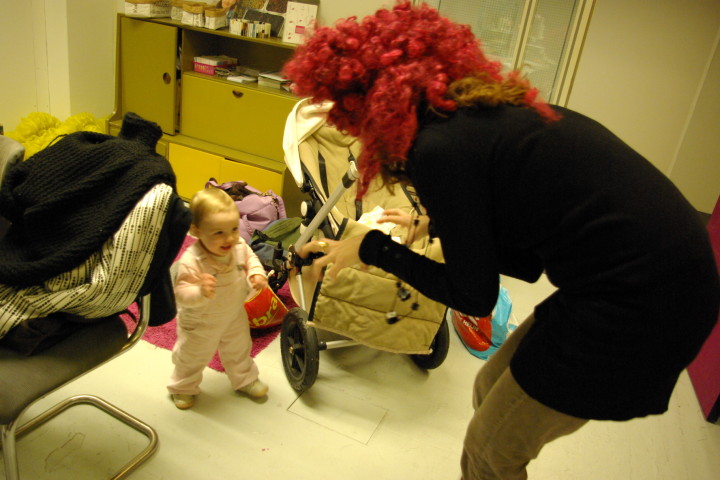 When Rina, my mother-in-law, saw how good Sol (daughter of 2 years old) blow her nose, asked me: how did you get her to do it so well? I don’t know, I just taught her… was my answer.

After her question, I noticed I was completely unaware of how the whole process has been until she asked me. I used an empathic design approach to teach her how to blow her nose. Here below I listed the steps to the result:

1. First I observed how other parents did it. It resulted to be aggressive for the kids, most kids hate it. For many of them blowing their nose was a very traumatic experience. The parents want to take out the snot very fast and the kids are running away in panic or crying during the forced situation. This happens because the parents mostly focus in what they want to achieve (The Result: take out the snot from the nose of his/her kid) instead of thinking in a more comprehensive and long term situation: I want my kid to learn how to blow her/his nose and having a nice experience doing it. As an effective design solution:

2. What I did secondly was to talk to her and explain her that by blowing her nose she would feel better and would breath deeper. You must think this is too much for a 1,5 years old kid. First mistake! They understand much more than what we think, even as babies!

5. We put in front of her nose the tissue paper but we didn’t do anything else, asking her: do you want to try? This took a couple of weeks. In the meantime Luz was blowing her nose and breathing deeply, playing.

6. In a moment we put the tissue in front of her nose and she exhaled at one nose and then at the other! She was so proud of herself! Now with 2 years old, she takes the tissues and does it by herself.

So Rina, this is how I, or rather we, did it. Thanks for asking!